The story of government encouragement of digital tools that promote democracy in Taiwan is spun as a consistent with Taoist philosophy, but could also be seen as the design of an inquiring system with software that makes synthesis (putting things together) more natural than analysis (taking things apart).

Following Ackoff’s prescription that in authentic systems thinking, synthesis precedes analysis, wiki-like tools – such as the CodiMD offered by the Digital Life Collective that is the open source version of the HackMD mentioned in the article – give pause for appreciating how online platforms shape the way we have discourse on the Internet. 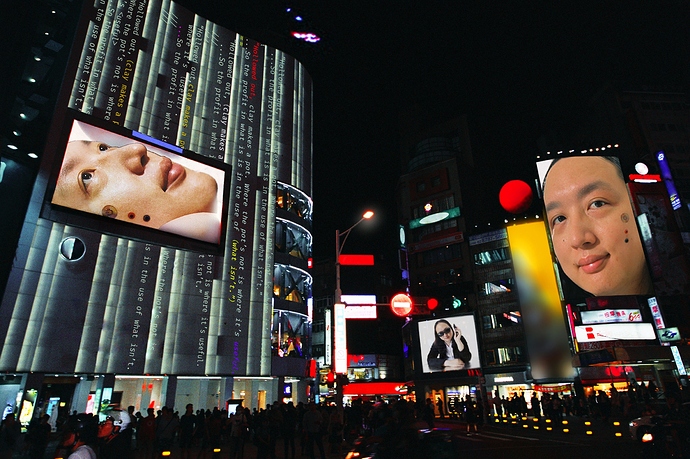 With Audrey Tang as the symbolic figurehead, the island nation is making the radical argument that digital tools can be effectively used to build stronger, more open, more accountable democracies. Whether the challenge is fighting disinformation campaigns orchestrated by hostile powers or the existential threat of a virus run amok or simply figuring out how to regulate Uber, Taiwan is demonstrating the best ways technology can be used to marry the energy and talents of civil society with the administrative powers of government bureaucracy.

The Pol.is software is cited as an example of synthesizing, rather than analyzing. (There is a challenge from the strict interpretation of an inductive-consensual inquiring system about whether we can sweep in new ideas, that requires us thinking over time, rather at a single point in time).

Megill’s operating theory is that party politics in Western democracies is predicated on the exploitation of “wedge issues” to divide the electorate. Megill believes that “new computational methods” can be deployed to find areas of consensus, rather than division. Po.lis, he says, “gives agenda-setting power back to the public itself.”

Pol.is is intended to be an antidote to the polarization nurtured by traditional internet discourse. If Tang is a person one can’t imagine being in a flame war, then Pol.is is a program purposely built to prevent flame wars. “There’s a lot of very intentional design that makes sure that people can only add to, but not subtract or detract from the conversation,” Tang says.

Her favorite example: There are no reply buttons in Pol.is. All you can do is agree or disagree with a statement about a given topic (say, should Uber be allowed to undercut established taxi companies on price?).

Reply buttons, Tang says, are an invitation to trolls to wreak havoc by spreading disinformation, engaging in invective, or creating distraction. If the interface restricts engagement to merely expressing approval or disapproval, the trolls lose interest, Tang says.

The workshops on Federated Wiki at ISSS 2019 were a call for the systems community to communicate in a different way. Chains of private email messages that are invisible to the world are the enemy.