Not what's inside your head, but what your head is inside

I am growing an appreciation for this line (the title of the thread) that @daviding includes in many of his slides.

It dramatically transforms how you think about how you think and where you locate the thinking. I guess I’m used to locating my thinking in my head and “I” am responsible for carrying my thinking around. But when I now locate my thinking coupled with the environment that I’m moving through or interacting with, it brings a whole new dimension to considering how one might approach systems changes.

@daviding this is Bateson’s Ecology of Mind concept, correct? Would you say this is a foundational concept, like a premise, to Systems Changes, running through it all? Or does this consideration come into one of the 5 steps / questions?

For the benefit of those who haven’t heard the lecture as many times as @zaid_khan, here is the slide from the 2020 OCADU lecture. 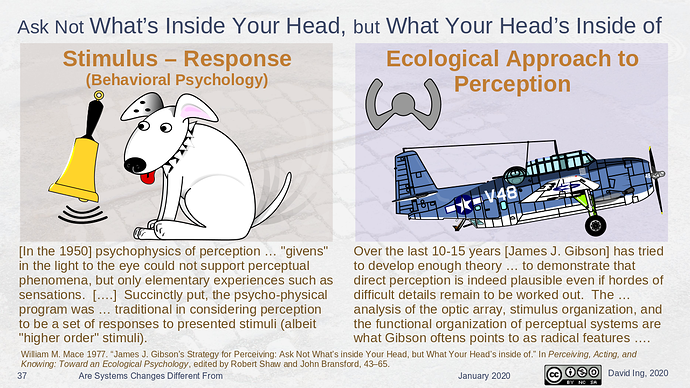 There video of that January 2020 OCADU lecture, but I don’t get to the slides until about 3 minutes before the end of the lecture, at 1h15m38s. 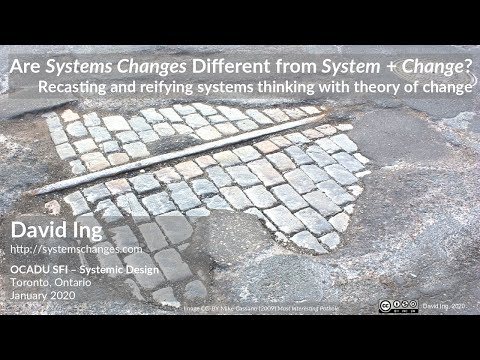 The slide also shows up in a September 2019 Systems Thinking Ontario talk, around 1h14m27s , where there’s more time to lay out the idea. 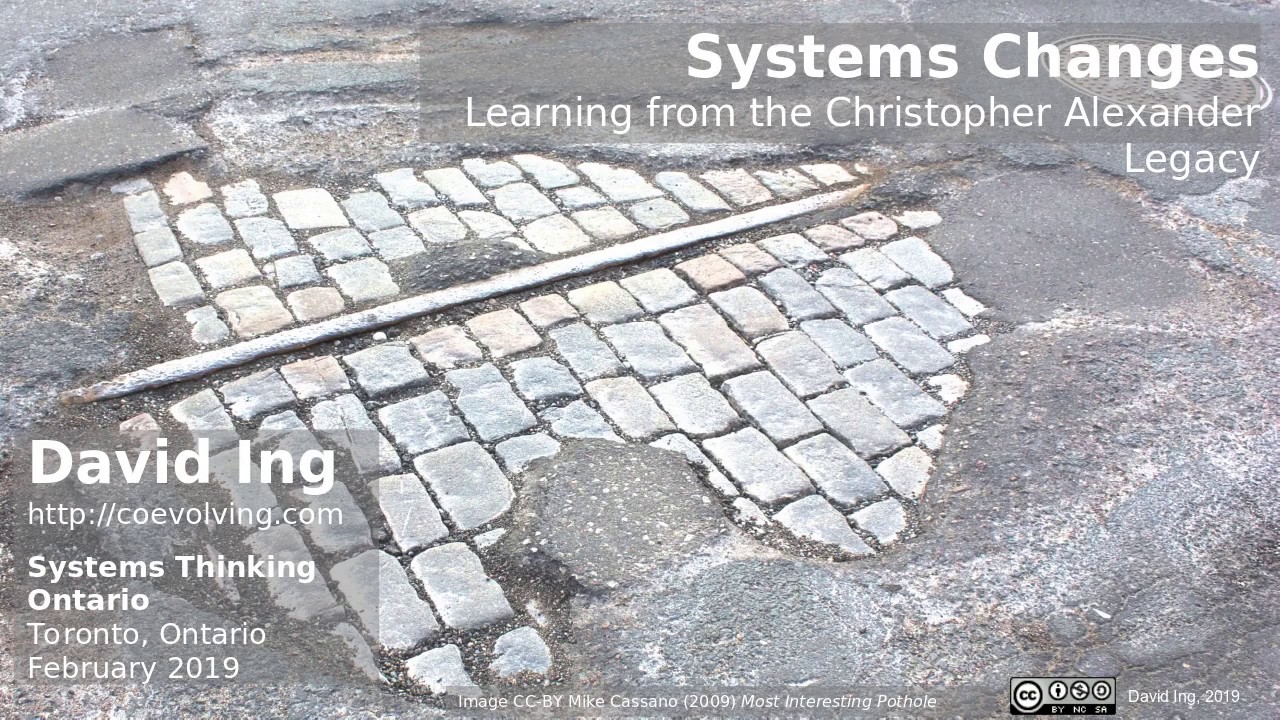 This is a contrast between …

As we think about Systems Changes – and Zaid is taking this in human sense, specifically – do we focus …

My personal orientation has been NOT to try to change people, but to change the contexts or situations in which they are placed.

With others, we can open doors for others, but it’s up to them to walk through. We can judge by revealed preferences, rather than espoused theories.

Ecological anthropology studies the organism’s exploratory movement through the world (310).

This passage shows how Tim Ingold integrates the ideas of J.J. Gibson and Gregory Bateson. The ideas were there, but it’s not until I was reading Ingold, that everything fell into place.

Would you say this is a foundational concept, like a premise, to Systems Changes, running through it all? Or does this consideration come into one of the 5 steps / questions?

The five questions (learnings) are founded in different philosophies (which is how I keep them straight). We should check ourselves that we’re thinking both ecologically and behaviorally in all five question.