Parched ground is less likely to absorb water and increases the risk of dangerous flash floods.

The prolonged period of drought had changed the nature of the soil, hampering its ability to absorb water.

It’s a pattern that’s repeated itself across much of Europe recently, as long-awaited rains have sparked flash floods. “Soil starts to act like concrete or tarmac,” says Cloke. “When we get any rainfall on it at all it just runs straight off—it’s classic soil physics.”

Soil is, counterintuitively, at its most absorbent when it’s a little bit damp. “When it’s really dry and when it’s really wet it’s actually difficult to get water into the soil,” Cloke says. A little bit of water changes its porosity—creating holes and pathways that allow more water to be absorbed. That’s partly because of surface tension—the way water molecules stick together to form droplets, which may then be too big to filter through the gaps in the dried-out soil. In slightly damper soil, the moisture breaks the surface tension of those same droplets, allowing them to combine with what water is already in the soil and more easily find a path to flow down. 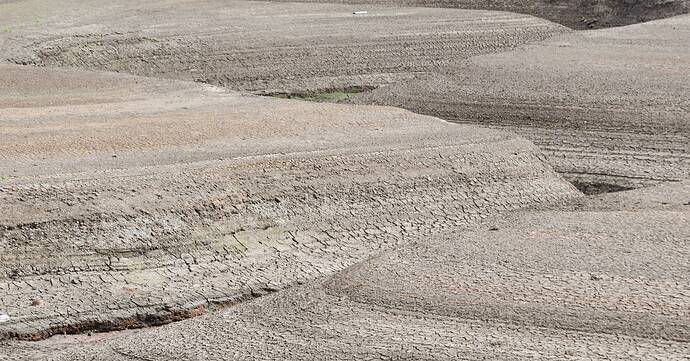 Parched ground is less likely to absorb water and increases the risk of dangerous flash floods. But there are ways to mitigate these conditions.