In our triweekly Systems Changes Learning Circle meeting, @gmetcalf brought up the idea of stuckness.

Here’s a reference that points backwards towards individuals, and forward towards organizations.

The literatures of psychotherapy and family therapy make it clear that individuals and families get stuck because an impasse develops between a conscious desire for change and an unconscious desire to avoid change. Fisch, Watzlawick, and Weakland (1974), explain how, in these circumstances, some attempts to change can actually make things more rigidly fixed; trying harder is one classic way of remaining stuck, as every insomniac knows. “Stuckness” is defined by Watzlawick as:

A person, a family, or a wider social system enmeshed in a problem in a persistent and repetitive way, despite desire and effort to alter the situation.

Small groups get stuck too. It is 40 years since Bion (1961) told us that small groups work at two levels: the conscious level of the work group and the unconscious level of the basic assumptions groups. The mysterious forces of the latter, emanating from the unconscious psyche of the group and with one commanding purpose (the survival of the group) are very strong and so long as they remain out of awareness, exercise a powerful influence on the functioning of the group.

This easier-reading article points back to some other references that are relatively well known.

Placing a history of philosophy and science perspective on how psychologists and anthropologists would approach change differently, is an interesting audio recording of a speech.

This was an after-lunch presentation at the joint MRI/BFTC conference The Global Reach of Brief Therapy, 26-27 August 1994 at Sunny Vale CA, USA. This half hour talk is interesting and valuable, not least because Watzlawick was intimately involved in these developments himself and therefore brings a personal connection. The audience was just finishing lunch as he rose to speak, which explains Watzlawick’s opening remarks about “a pleasant metabolism”! 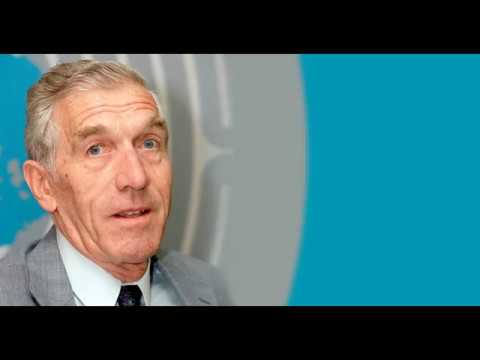 Thanks very much David. It is encouraging to hear that there is room for the softer notions of systems thinking to enter the conversation. To be honest, it may just be my defensiveness in the face of academic rigor to project a barrier where there perhaps was none. I haven’t been following STO for years because I wasn’t hearing such discussions when I was involved. And I didn’t have the courage to raise the issue. But that’s my personal challenge.

Nevertheless, that personal issue points to the larger issue of aligning thinking styles in service of seeking solutions to global crises. Here’s a discussion that offers an overview and some analysis of the conflict, at least in terms of the Rebel Wisdom community focused on big issues.

Brett Weinstein and Jim Rutt on Game B

Since I’m a Canadian (born and bred), I wonder if much of the writing on Plan B is an artifact of the polarized culture in the United States.

Reading the newspaper, I was liked the writing on mutual accommodation that seems to be available as:

The website at https://www.canadiandifference.ca/index.html doesn’t seem to have been updated in recent years.

Is the USA stuck in a way that Canada is not?

I appreciate your question and MacDonald’s argument. I actually have some feeling for the notion as a proud Canadian. But, in the end, I think it’s a comforting tribal conceit. The ordinary Canadians I know at street level are as polarized as Americans.

Maybe politicians and other leaders embrace the sentiment but ordinary Canadians who are overwhelmed every day by American influence and propaganda? I don’t think so. And these ordinary Canadians are driving the agendas of their leaders aren’t they?

The Overton Window has been shifted by the wealthy and powerful – those with great influence who dispense jobs, especially in the media, which is largely responsible for defining what is important and normal for most Canadians. Those of us who have stepped outside the bubble of manufactured consensus can see that many counter narratives have considerable merit in terms of sense-making rigor.

Not all of them of course. Outlandish and debunked conspiracies are what rigidly normal people point to when defending their so-called common sense narratives. They conveniently ignore the rest.

The writer of this series of essays, William A. MacDonald, presented it in a conservative organ. He is preaching to his choir, which is not inclined to challenge a mindset that has long worked well for them if no one else. Their mantra is “Stability” not ‘The unexamined life is not worth living’, even when that life is falling apart all around them.

The tools of their self-knowledge are examined only to defend them. The discourse is simply self-congratulatory conceit, shared mainly to validate their own unquestioned brainwashing by reinforcing and spreading it more. This must be challenged. There can be no hope of effective solutions to many global problems as long as you and I are afraid to question the very ground of what we think is real.

The greatest institutional barrier to a genuine (mutually accommodated) reality consensus is national security. Agencies in its service don’t want informed and well-considered debate but it’s disloyal and threatening to point this out. Nevertheless, we have to admit that generations of overwhelming cold war propaganda (not to mention commercial propaganda) have changed who we are now from who we might have been without it. For good or for bad, we have been brainwashed in a vicious circle of our own making.

So we are not beginning our thinking about the priority of global threats from a neutral position. We are starting from ‘socialism is bad’, ‘Russia and China are threats’ and ‘mutual accommodation’ is Canada’s unassailable super power promising truth and light – without the need for self-reflection.

Well, it sounds good in theory but, in fact, it makes even more opaque the very truths hidden by our brainwashing. Challenging one’s own sense of reality is dangerous, scary and painful, especially if it inspires us to change. But I would argue, not challenging it will be deadly for our children and our species.