The February 2019 Systems Thinking Ontario was, in many respects, a sequel to the November 2018 meeting on " Wicked Problems, Systems Approach, Pattern Language.

In contrast to the November approach of starting from the past (circa 1967) and moving forward, the February meeting explored the more contemporary work based on Christopher Alexander’s approach. I’ve generally recommended that beginners to pattern language start with Alexander’s last book, The Battle for the Life and Beauty of the Earth: A Struggle Between Two World-Systems. 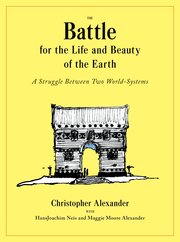 Alexander considered himself to be a scientist. Thus, he wrote what he knew at the time. For readers not immersed with the work of a scientist, there’s a possibility of getting confused as terms and concepts shift. This was true for Alexander. In his footnotes, he actually declares these changes.

Further, the 2012 book not only prescribes a pattern language approach, it tells the story of putting the theory into practice. This concreteness of the Eishin project allows a reader, if the text is parsed deeply, to observer methods in use. The systems foundations present in Alexander’s work can be more explicitly drawn out. 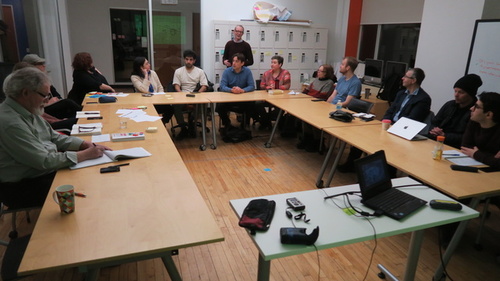 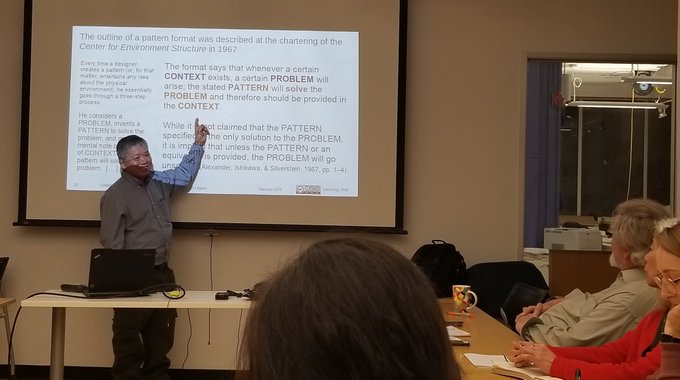 Having taking up three sequential Systems Thinking Ontario meetings, the agenda shifted away from the Systems Changes research program. Deeper work would require a focused group.

In searching out the Battle for the Life and Beauty of the Earth (2012) book, I recall that I had previously created a digest of a presentation of the book by one of the coauthors, Hajo Neis.

Hajo Neis, “Battle for Life and Beauty of the Earth: Urban Architecture and (Re)Generative Process” (web video) | April 14, 2014 | U. Oregon at https://daviding.wordpress.com/2015/07/01/hajo-neis-battle-for-life-and-beauty-of-the-earth-urban-architecture-and-regenerative-process-web-video-april-14-2014-u-oregon/